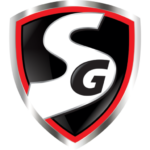 How to say thank you to a coach? Ask Indian captain Virat Kohli, and he will tell you more. For now, his coach Raj Kumar Sharma revealed it all on how Virat treats him like his own.

“When the second wave came, my wife and I were affected by covid. I didn’t tell Virat. His brother came to know, and he told him about it. It was a scary situation in Delhi. There was no bed in the city. He was in England, and he was so concerned with my health. He spoke to the owner of a big hospital in Delhi. He booked a VIP room for me in that hospital. He told the management that he would need that room at any cost for my sir. Every day he was calling the doctor. Virat was calling me as well in the morning and evening. He is so caring, so humble, and so respectful. If and when he meets the elders, he respects them. He loves children. He is a good human being,” are the words of Raj Kumar Sharma while talking to SG TV.

Raj Kumar also said that his best moment as far as cricket is concerned is when Kohli got picked for India. “Virat is a very confident player. Imagine the first time he led the Test team, and the winning target is 400 plus runs. Any captain will tell you that we have to save the Test match. But look at Virat. He said that India would chase, and he almost made it possible,” the coach of the Delhi team said while adding that excuses don’t exist on great players like Virat Kohli.

Highlighting more on his qualities, the coach also stressed the need to be a good human being to become a player of repute, and all the talent won’t take you anywhere without your teammates. “Virat is so positive and aggressive. I feel that his aggression is his strength. He gives it back to the opposition. The Aussies used to ridicule the Indian cricketer. If someone used to sledge an Indian cricketer, he used to get involved. I asked why he was doing that. To which he said that they are my players. Virat is so caring and concerned about his players. He takes them along, and the team respects him,” Raj Kumar Sharma said before signing off.